Hey everyone (if anyone still reads this), I know it's been a long time, but I have an excuse (kind of) I had a pretty epic electronics malfunction and lost a very large portion of my music (that, combined with shit at school has conspired to keep me from updating as I should). I'm in the process of trying to salvage what I can and starting to rebuild. I'll try to be back and updating over the summer when I can.

Keep your eyes on this space!

Thanks everyone.
Gabe
Posted by phillip cheesesteak at 3:24 PM 11 comments:

Gil-"To Us Conflict Is Not Important" 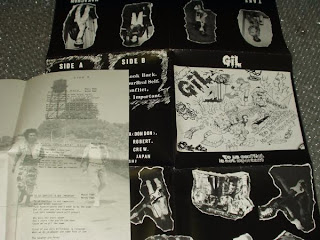 Hey everyone sorry it's been a while. Whatever. Anyway, I'm just uploading this to let everyone know I'm still here and still have stuff for you. haha. So here you go. This is a 7" from 88'. I've seen this listed as being both self-released and as being released on Kojima recordsGil also released a self-titled 7" (self-released, not sure exactly when) and CD called "Rock Is Not What You Think" on Random records in 1991. I found the self-titled release posted here, check it out.

I'm going to have some more stuff coming when i get back to school and settled in again. I'm thinking maybe some old Australian stuff, some stuff i've got from the Philippines. Any requests?
enjoy

DivShare File - gil - to us conflict is not important 7__.zip
Posted by phillip cheesesteak at 5:43 PM 14 comments:

Fuck Geez-"ZZZ" and "Not For Sale"

So here are a couple of 7" flexis from Fuck Geez. First up is the "ZZZ" flexi from 1985 and second is the "Not For Sale" flexi from 86. Fuck Geez released at least one other flexi, a tape, an ep, a video and an LP too. Contributed tracks to various MCR comps. All great, all on MCR Records, which is still putting out really great stuff. http://www.dance.ne.jp/~mcr/

They also had a track or two on the "Virus" comp, released on Jungle Hop in 1987. 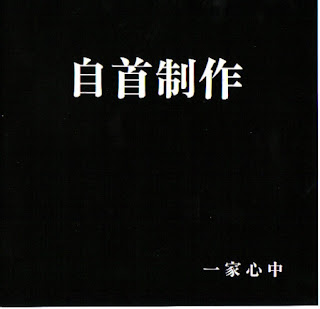 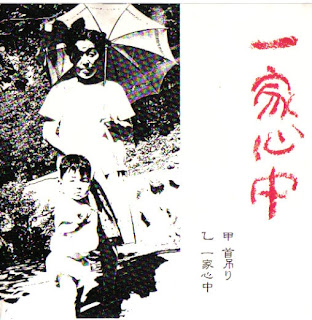 So everyone seemed pretty happy when I posted the "Dead Section" and "Dead Section III" records earlier so here are two more. First is the "Jishu Seikatsu" 7". I believe this is from 1989 and was released on Premium Records (?). The second is "Kurbitsuri" I think this was form the early 90's (91?), but I have no idea on what label. If anyone has that information it would be pretty splendid to know.
Anyway, here you go. Enjoy. 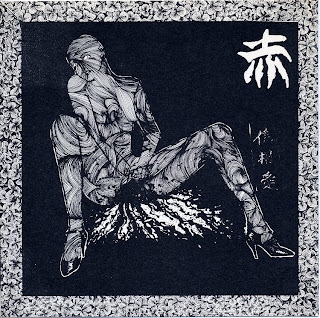 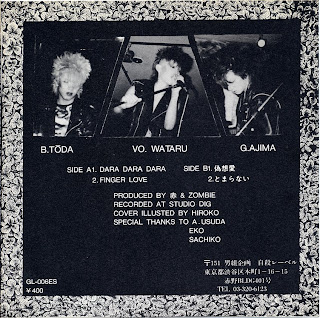 Somebody asked for this a while back, so here you go. Sorry it's not much right now.

This was released on Jisatsu Records in 1984. Hot stuff. 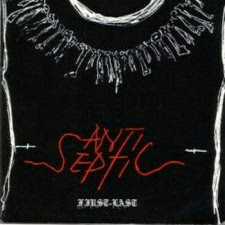 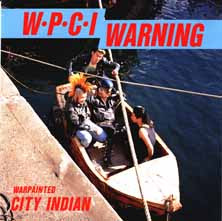 Okay. Here's a big fat delivery of more old school Japanese hardcore goodness! It's a doozy today, the biggest thus far. I have for your enjoyment, the following:

The much sought after (or maybe not) Ziga flexi from 1984 released on Jisatsu Records. Ziga had two tracks on the Jisatsu Omnibus 8" Comp EP (also from 84), which is posted over at Good bad Music (www.goodbadmusic.com) There's a little discussion there of this disc but I couldn't find it actually posted anywhere, so here it is.

Next is the Anti-Septic "First Last" EP from 1985. More well known than some of the stuff here but equally as legit.

Next, Half Years' "Power" 7" EP from 1989. Released on Kagai Mousou Records. Don't know much else about this one, good though.

I've got a great little gem here next, the B-Strife s/t 7" EP from 1985. This is just fantastic. Released on Skeleton Records.

Next up, two War Painted City Indian releases. First is the "WPCI Warning" 7" EP from 85. Second is the "Terror Boogie" 12" from 1986. Both of these were released on AA Records. An interesting factoid about the "Terror Boogie" release. It's catalog number (AA021) was also given to another release on AA Records, namely the Glycerin "From The Depth" 8" from the next year. Don't ask me why.

And finally, another real prize, the Gagize "Traculent Crime" 7" flexi from 1986. Released on Half Alive records. Splendid.

So maybe I'm shooting my wad here, setting the standards a bit high for myself. But I love everyone who reads this and I've got plenty of other stuff to post so here you go. Eat up. 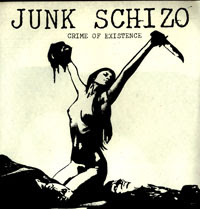 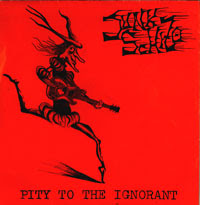 Alright so back again with a few more tasty treats for everybody.
First up I have a couple Junk Schizo 7" releases. I've got the 1984 "Pity To The Ignorant" 7" released on Doom Records and the 1985 "Crime of Existence" 7" released on AA Records. Junk Schizo were a band from Kyoto who released these two and I THINK a self titled EP (don't quote me). The singer was a guy from New Jersey named John. Bass was handled by Seido, drums by Obara and Guitar by Thuchiya. Just in case anybody cares.


Next I've got the Aburadako unreleased Demo tape from 1984. This is great. 7 unreleased tracks from their studio demo, 3 live tracks from a set at Hosei University (6/24/84 is the date noted) AND as a super extra bonus, another untitled, unreleased studio demo track. Talk about delicious.

Alright that's all for now. I'll probably do one more round of this and then maybe take a break from the Japanese stuff for a little while, or maybe not. I guess we'll see. Anyway ENJOY ENJOY ENJOY!